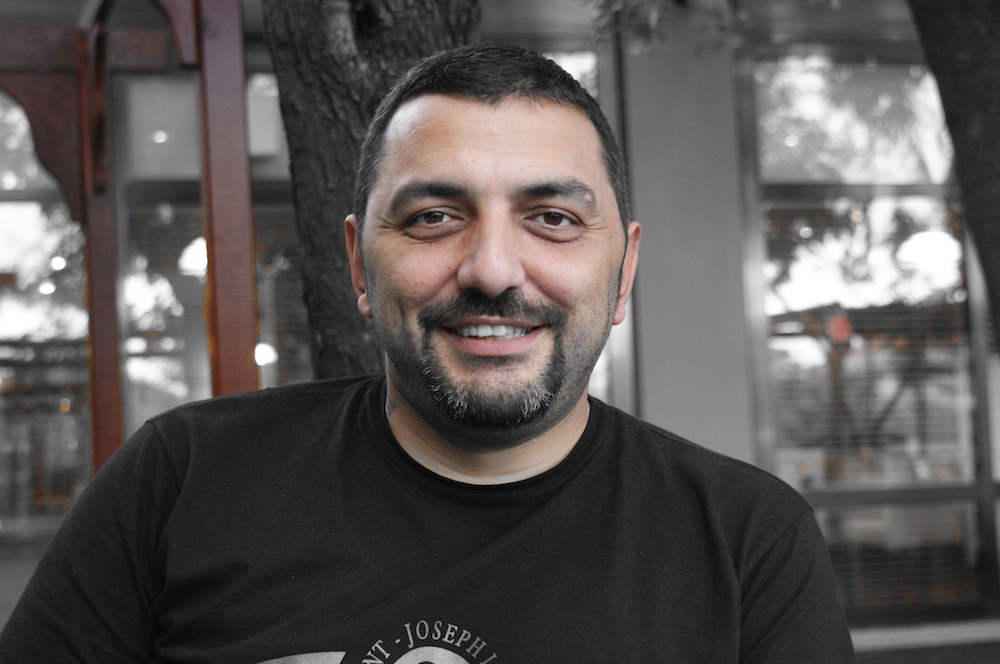 Serhat Ayan started journalism in 1992 and one of the first journalists starting the Internet journalism in Turkey. He was a part of the team that took the daily Milliyet to the Internet, which was one of the first newspapers launched online in 1996. Later he worked for the other sides of the table, starting from TV stations to the corporate and PR.  Now he is running his own blog, tknlj.com, and radio broadcaster at Sputniknews.com. Here’s what he told me about his journey in journalism.

-How did you decide to become a journalist? What were the main reasons?

It has been engaging to me that journalists could change the way of the country and the world and could do that by searching and writing. That’s why I wanted to be a journalist and wanted to make it to clear for everyone what I learned. Such things drove me to journalism.

-As a journalist,who was your role model in journalism?

Uncovering the Watergate, Bob Woodward and Carl Bernstein’s story has always been attractive to me. In a way, the duo changed the destiny of the USA. In addition Uğur Mumcu, who was an investigative journalist and has been assassinated, is my role model that showed me being fearless has no limits in journalism.

As far as I remember you are one the first journalists starting Internet journalism in Turkey. Can you tell me about those days?

In your career, I noticed, you also worked for radio stations. What is interesting to you about radio?

Radio, on the contrary of newspapers, is a medium that doesn’t require too much focus to get news.On the other hand, radio doesn’t ask visual excellence, preparation and high cost as TV does, probably the best medium in human history.

-Other than radio and newspapers, you also worked in PR and corporate. Why did you switch to those industries?

Either radio, TV, newspaper or PR agency, the core of this profession is communication. If you really want to change perception of the people, it doesn’t matter which side of communications you work for. I can say if you want to have a sun bath, it doesn’t make any difference whether you lay down under the left or right side of the sun.

Unfortunately the Turkish tech media scene is an infinite loop. People don’t want to pay or even click the ads if they want to reach the news. But if you want good quality and independent journalism, you need financial independence. If you are not indepedent as a journalist, you will be going under the control of the companies. If you want to break this type of vicious circle, you need to find out necessary tools to survive.

–Nowadays you have been running your blog, tknlj.com. How is it going with the blog?

My purpose in launching the blog was to exhibit the unspoken sides of technology and it is beyond to promote product and services. I wanted to show the future steps of companies and decisions of the states by gaining the data that I received from open sources. People thought I’m a dissident journalist as I was compared with product review sites and Ididn’t approve the decisions of the state. So, I was handled as a dissident journalist. I took the right steps in terms of journalism and creativity while I chose one of the worst business model in journalism.

You can read here my interview with Levent Pekcan, a veteran Turkish tech journalist.

You can read my other interview with Cem Kıvırcık here , the other veteran Turkish tech journo.