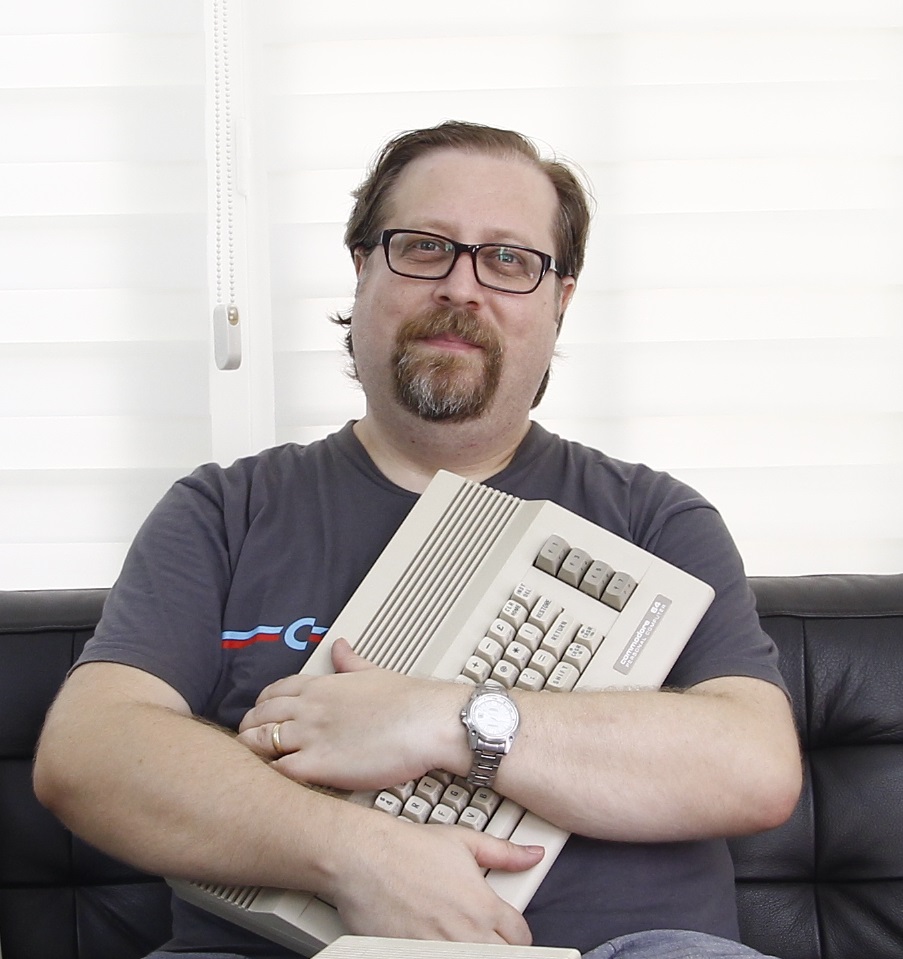 From Atari 2600 to 3dfx Voodoo Graphics card, from bulletin board systems to TeknoSeyir…Here is Levent Pekcan’s story in tech journalism

Levent Pekcan, aka LP, is one of the most veteran tech journalists in Turkey. He said his first contact with technology was an Atari 2600. Actually LP was drifted into journalism as a “techie”, without knowing he would start his career in magazines. In his words, “I had a knack for computers and I was good with words, besides I always loved talking about things I liked. When you combine all these, you get a bona fide tech journalist.” Since 2011, Pekcan and his colleagues are running TeknoSeyir, Turkey’s first video-only website in those years. So let’s have a look at LP’s adventure in tech journalism.

– As a tech journalist, what was your first contact with technology?

My late father was a radio technician, so tinkering with electronics was an everyday event in my household. When I was about 6 years old, I caught a glimpse of some relatives playing with an Atari 2600, and I can say that moment changed my life. I was so much impressed by moving, interactive graphics on TV screen. I was lucky to get my own Commodore 64 in 1986, and then it was computers all the way for me.

– How did your journalism career start? What were the main reasons triggered you?

Frankly, when I started as a “techie” I was not aware that I was slowly drifting into journalism. I had a knack for computers and I was good with words, besides I always loved talking about things I liked. When you combine all these, you get a bona fide tech journalist.

My journalism career begun with some tech articles written for computer magazines, as a freelancer. I was also very active in local tech forums and Bulletin Board Systems (BBS). Around 1997, I built the first tech-related website in Turkey, and begun posting my articles over there. People were knowing me as Dark, my nickname on the BBS scene. So, the website was named Dark’s Hardware Pages at start, but in time it evolved into DarkHardware.

– How was technology journalism in the first days of your career? Can you compare it with today?

Around 1996-1997, tech journalists were a rare breed. There were really few of us, with a few magazines each employing 2-3 well known, established veterans. I was the newcomer, so I had to stand my ground until being accepted into the club. I guess the average age was higher than today, but overall expertise was also deeper. As the main tech media was monthly magazines, no one was in a rush to publish everything as soon as possible. Tech media was still a stressful atmosphere, but at the same time it was also more laid back.

– You have been running TeknoSeyir with your colleagues since 2011. Can you tell me the story of TeknoSeyir? How is it going so far?

During the last 3 years of ’90s, Turkey gained more than 5 tech focused websites. It was all great during 2000s, but by 2010s these text-based, small scale publications were getting old fashioned. Some of these went out of business, only a few managed to adapt to a more audio-visual age. With my colleagues, we established TeknoSeyir as a “new generation” tech website, publishing only video content. That was a first for that time.

At first we were streaming videos from our own server and using YouTube only as a backup. That became unfeasible in a short while, so we embraced YouTube as our main video server. So in a way we became YouTubers, before that term invented.

Deciding to publish only video content was an unfamiliar choice for the industry, and we had much trouble explaining ourselves to local tech companies and their PR agencies. After almost 10 years, we are still being asked to publish some text-based press releases over the website.

So far, TeknoSeyir journey had been both pleasant and fruitful. We managed to establish a well-known brand in Turkish tech media, and also managed to run our business without a hitch. Our publication is known for a cool headed, mature approach to tech subjects. We are rarely first to publish some hot news, but we are sure to provide some expert analysis and evaluation.

We were also the first to offer a paid subscription system for our viewership, offering some advantages for paid subscribers. YouTube’s “membership” program made our system obsolete, so now we are using that option for receiving direct support from our community.

– People who know you claim that you are against Apple products. Do you agree with that? If not, can you clarify?

Both as a tech journalist and as an user, I’m all for technology empowering people, serving people. I’m all for freedom of choice. In my opinion, Apple has yet to provide any freedom for their customers. Their products always make the choices without  asking the customer, and that is something so much against my philosophy.

The prices they ask do not help, too.

-What do you think about current Turkish media scene?

As always, the scene is constantly changing. About 20 years ago, I was the new kid on the block, so I met with some resistance from the veterans. When I was finally accepted, then came the bloggers. “Blogging is not journalism” we all cried! In time, the thin line between blogging and journalism dissolved, but this time so called “YouTubers” appeared. Then, “streamers” knocked the door. Then, “influencers”…

Tech media is focused on tech, and also based on tech. That makes for a constantly evolving landscape. Of course it is natural for us “old-timers” to be irritated when a teenager establishes a YouTube channel, overtaking your 10 years effort in 6 months. But that is the new normal, which itself will change in another 6 months. Everybody has to adapt, or perish.

As a very detail oriented journalist, I’m feeling estranged when I watch all these newcomers passing over the tech specs and talking about the personal experience. But at the end, maybe that is what the public needs? The statistics show that the hardcore, old-school tech readers make a very dedicated, stable, but small viewership.

My main concern in the new tech media scene is the de-valuation of good content. As both the companies and their agencies almost never check the published material themselves, it becomes a numbers game. Serious stuff does not make big numbers, but bigger numbers win the hearts (and budgets) of the companies. That trend creates lighter, casual content, sprinkled with flashy video thumbnails and constant offers of giveaways.

– You have reviewing gagdets more than 20 years. What were the most surprising ones for you? Can you mention the top 5 for you?

Sorry to disappoint, but after all these years it is so hard for me to remember any single product which made an impression on me. But maybe I can single out 3dfx Voodoo Graphics card. That was around 1997 and it was a revolution, no less. Once you experienced the 3D accelerated graphics, that was it. There was no turning back to old stuff.

CD-ROMs were equally impressive when they first arrived. I remember spending so much time in front of Cinemania ’95, watching stamp sized video clips.  Similarly, I also spent so much time exploring the world when Google Earth came out. And I remember discovering Wikipedia around 2003, getting lost in an endless ocean of text.

These days, we all enjoy some impressive hardware and improvements are constant. Yet, the shock factor is lost. Every new phone is “better than the last year’s” and every new CPU or GPU is “just faster”. Tech is going forward by evolutions, but I miss the past days of revolution.

I must say I applaud TurkishTechNews as a unique idea in Turkish tech media. Turkey has a growing, motivated technology scene, yet there is no news outlet for the world to keep up with that. Your publication will surely fill a long missing role in our country.