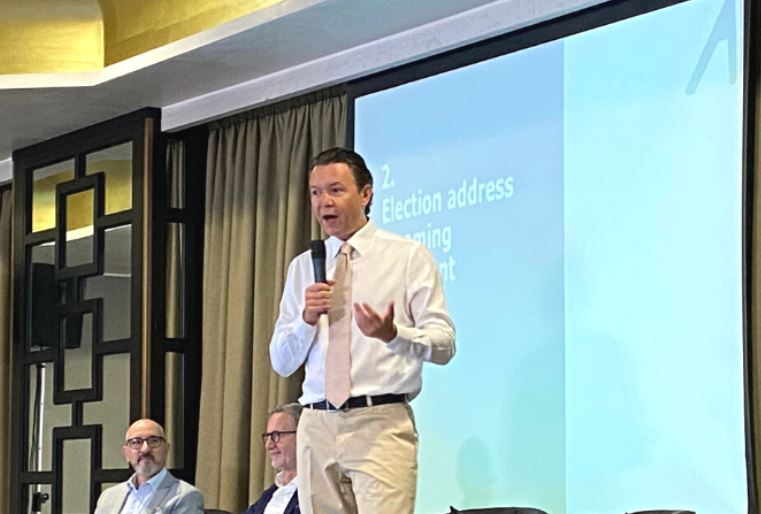 Arçelik Global CEO Hakan Bulgurlu was elected as the chairman of the Home Appliance Europe (APPLiA). Hakan Bulgurlu to lead APPLiA for the next four years and election took place in Sofia on June 27.

APPLiA: We must further our energy efficiency targets

Hakan Bulgurlu took over the presidency of APPLiA from Dr. Peter H. Göetz, Bosch Europe Vice President. However, Dr. Göetz will remain in the supporting position and serve as vice president. Speaking at the general assembly, Bulgurlu thanked Göetz and emphasized: “Dr. The dedication during Göetz’s tenure was one of the most important guiding points. Now a successful cooperation awaits us.” Addressing the issue of sustainability in his speech, Bulgurlu made the following assessment: “As APPLiA, we have a responsibility to further our energy efficiency goals in order to leave a better planet for our children.” The task of the younger generations is vital at this point and current problems will directly affect the lives of consumers tomorrow, according to Bulgurlu.

APPLiA has a business volume of 53 billion Euro

Founded in 1958, APPLiA is headquartered in Brussels, the capital of Belgium. APPLiA, which has a total of 24 direct members, also has members at the level of national associations. Direct members include companies such as Ariston, Dyson, Philips, P&G, Delonghi and Whirlpool. On the other, Vestel, Turkey’s one of the largest white goods manufacturers,  is also one of the members of the association. According to the information on the association’s website, the industry has a business volume of 53 billion Euro and makes an R&D investment of 1.6 billion Euro. The sector also provides employment to nearly 1 million people. On the other hand, let me note that Arçelik Turkey General Manager Can Dinçer is also the chairman of the White Goods Manufacturers’ Association of Turkey (TÜRKBESD).