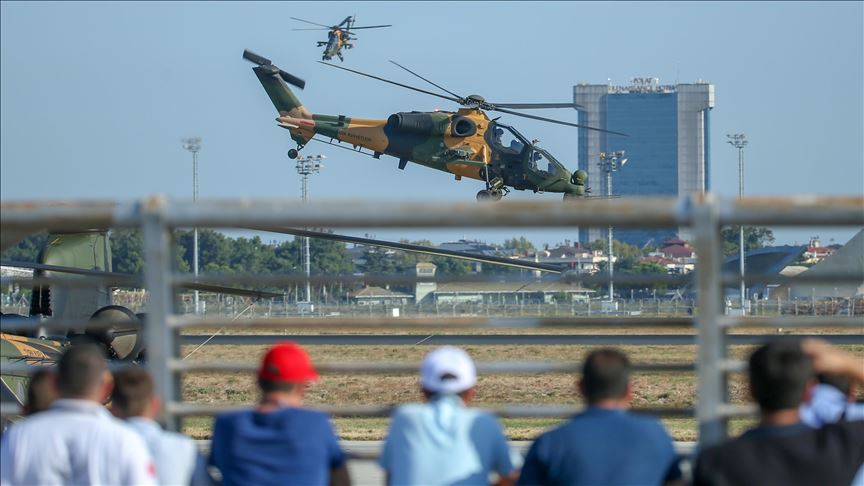 Seven Turkish  defence companies included this year’s list of the world’s top 100 defence firms. U.S.-based Defense News magazine lists the top level defence industry companies globally based on sales versus the previous year. This year, the number of Turkish companies on the list rose to seven from five as compared to 2019.

Turkey’s largest defence company, is among the top 50 after ranking 52nd last year. The company entered the list in 2006 at 93rd.

The company’s annual turnover rose by 21% to $2.172 billion and it now ranks 48th. Its success lies with its experience in military defense systems including imaging technologies and electro-optics as well as product solutions based on research and development.

The company’s turnover in 2019 totaled $1.858 billion, up 42% from $1.307 billion in 2018, and ranks 55th compared to 69th last year. One of the important providers of engine components to companies such as Boeing, Airbus, Lockheed Martin, Northrop Grumman, Bombardier and Leonardo and Turkey’s developer of local air platforms, TUSAS Engine Industries (TEI) also moved up on the list, which it entered with a rank of 83 in 2011.

It produces many commercial and military vehicles ranging from buses to armored vehicles. It will undertake mass production of Turkey’s indigenous battle tank ‘Altay.’

Turkey’s missile producer ROKETSAN, aiming at being a pioneer in rocket and missile systems, is on the list this year as well.

ROKETSAN is 91st compared to last year’s ranking of 89. Its annual turnover was down 1% at $515 million.

STM Defence Technologies and Engineering Ltd. came in 92nd on the list compared to 85th last year. The company’s annual turnover fell 14% to $485 million from $564 million. It aims to become one of the 50 biggest defense companies in the world.

It designs and manufactures tracked and wheeled vehicles and is among the leaders in its field. FNSS has handed over more than 4,000 armored vehicles to its buyers since it started production as well as 15-ton tracked vehicles, medium weight tanks, 4×4 and 8×8 tactic wheeled armored vehicles, armored caterpillars and manned and unmanned towers.

Turkish defence industry company HAVELSAN also made the list this year. HAVELSAN produces software solutions for Turkish defense industries and increased its yearly turnover by 6% to $295 million from $278 million. It is 99th on the prestigious list this year.

On top of the list are U.S-based firms. The first five are Lockheed Martin – with annual turnover of $50.5 billion, Boeing with $34.3 billion, General Dynamics with $29.5 billion, Northrop Grumman with $28.6 billion and Raytheon Company with $27.4 billion.