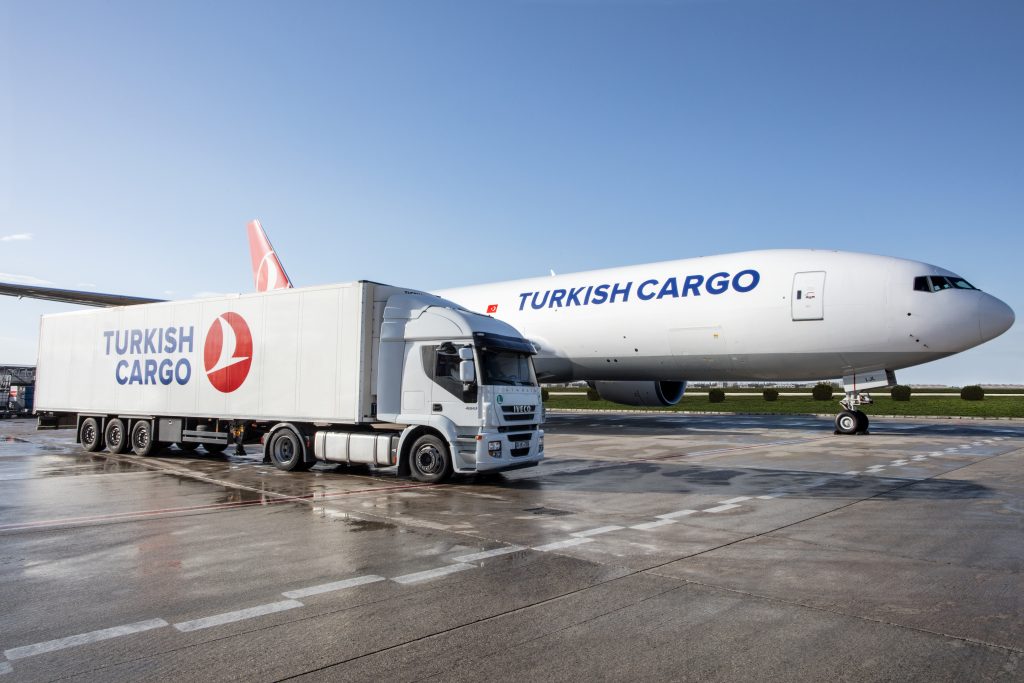 The company said it transported one out of every 20 air shipments, despite reduction of 28.5% in the global air freight market due to COVID-19

Turkish Cargo, a subsidiary of Turkish Airlines, raised its global market share to 5% during the COVID-19, according to Hurriyetdailynews.com.

Referring to World Air Cargo Data for May, the company said it transported one out of every 20 air shipments, despite reduction of 28.5% in the global air freight market due to the pandemic.

“During the course of the pandemic with its acute effects on a global scale, the global air cargo market experienced a severe shrinkage, decreasing by 18% in January-May, but Turkish Cargo did not see any loss of tonnage on a year-on-year basis, and acted as a global bridge, preventing the interruption of the international supply chain,” the statement announced.

Having provided service to 90 direct cargo destinations via its freighters with high-tonnage capacity, the company also used 32 wide-body passenger aircrafts of Turkish Airlines during its operations to more than 60 destinations including London, Moscow, Oslo, Shanghai, Bangkok, Doha, New York and Casablanca.

Turkish Cargo also carried 21,547 tons of medicine and some 7,000 medical equipment between February and June, the data said.