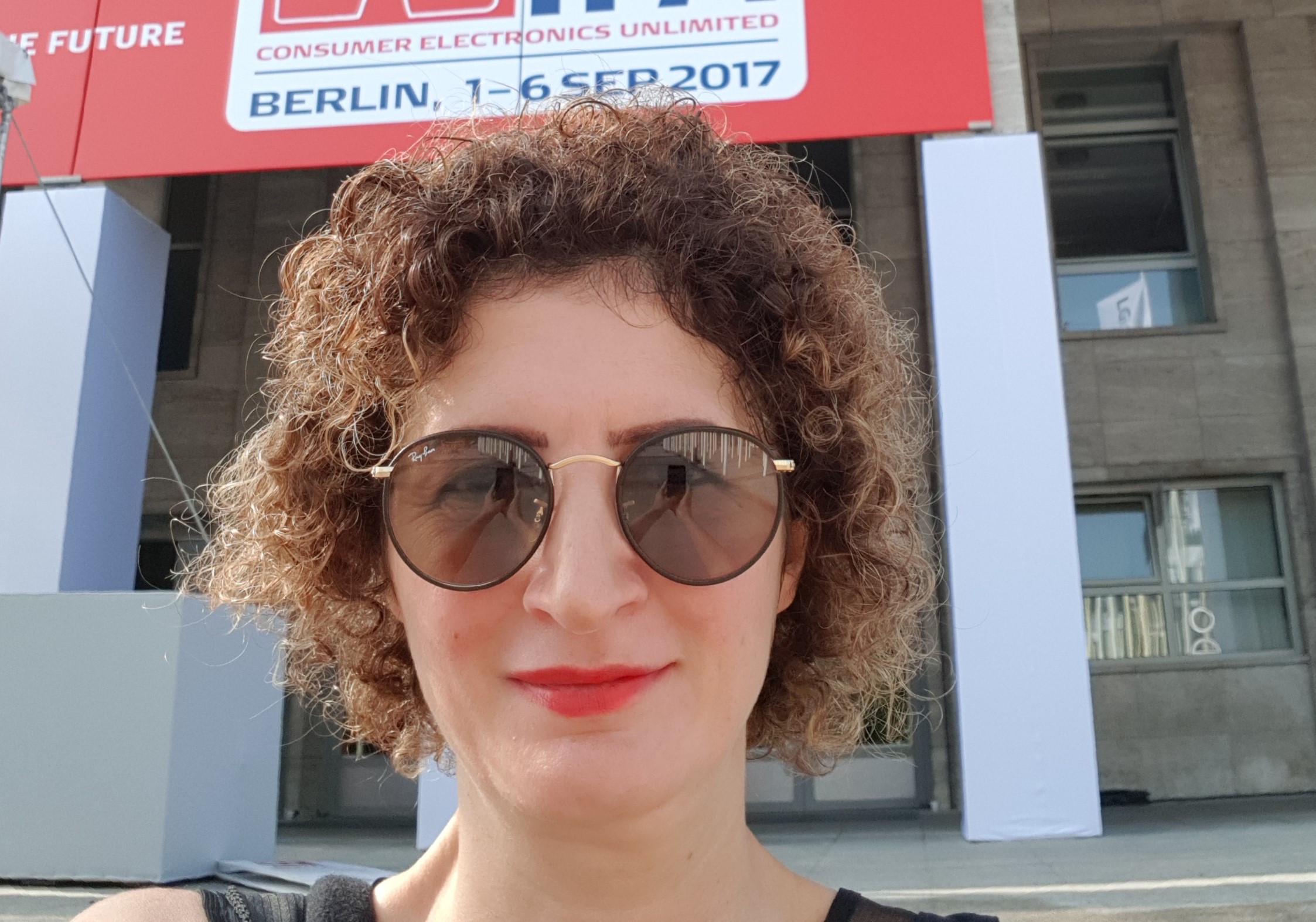 Hanife Baş is one the few female journalists in tech media. Currently working as a tech writer at daily Milliyet, she started her career at the Marmara University Communication Faculty’s news agency. For a year she tried entrepreneurship, but back into journalism. Hanife Baş is in tech media around 20 years and she believes currently there is a hybrid model for journalism; print,  online and social. I had a chance to talk to Baş and and here’s what she told me.

I have been interested in reading and writing since my childhood. I was a kind of bookworm. While I was in high school I wanted to become a doctor. Then I changed my mind and because of my father’s influence I wanted to be a lawyer. Journalism was never in my mind. But I was a very good newspaper reader. Journalism ranked third among my university choice. I started University of Marmara Faculty of Communication. While I was studying, I joined the news agency of the university. I learnt a lot there. While studying, I also gained professional experience in different publications. After graduation I went to England to improve my English. When I returned, I started to work in Hurriyet Daily Newspaper. I worked for this newspaper nearly for ten years. I covered news mainly specializing in technology. Then I tried entrepreneurship for a year. I continued on publishing on technology. It was a very nice experience. I was back to the press after one year. I started to work in Milliyet Newspaper. I have been working editor and tech writer for Milliyet for 7.5 years.

When I was studying at university, computer and the Internet were just developing. I bought my first computer but there was no Internet. Then the Internet boom came in 2000s in the world and it also reached to Turkey. I was following the developments in the world closely. I worked first on tech news at the university’s news agency. When I started to work for Hurriyet, I mainly focused on technology world.

You are one of the few female journalists in Turkish tech media. As a female tech journalist, did you have any difficulties?

Yes, that is right. There are not many female tech journalists in Turkish tech media. Since I started my career, I have always been the only female journalist in most meetings. There is a similar situation in the world. Unfortunately, technology is generally a sector where men are concentrated. I was never bothered by that either. I didn’t experience any disadvantages of being a woman. I’ve always seen the support of the industry and my colleagues. We see more women journalists in this field than in the past. This is good news.

Actually, I didn’t have a specific name as a role model. When I first started my career, I would like to read famous authors in every field in the press. I followed them with interest. I was mostly interested in investigative journalism. Technology journalism was just beginning in daily newspapers. I would also follow the first ones with interest. Foreign technology magazines were also starting to penetrating to the Turkish market. They were good days…

Well, yes I’ve witnessed the technological changes in Turkish media in 20 years. A lot has changed since I started my career. Everything is being done online now. 20 years ago, not everyone had a cell phone. Access to online information was limited. You even had to have a camera to take pictures. Even, we used to have separate tape for recording. Computer ownership was very low. The laptops were not very common and they were very heavy. Technical conditions weren’t that good. I don’t know if we could work from home if the pandemic happened at that time. We are now experiencing a serious mobile transformation. It is possible to do everything from mobile. Now everything went into the cell phone. This made our job easier but it also reduced the number of people employed. Newspapers are also currently trying to keep up with technological developments. They all have websites, e-newspapers, social media accounts. There is a hybrid structure in the media yet. You have to be in every area. Print publication loses its power. But content is always king. Tens of sites take and publish my news published in a newspaper. We’ll see what happens in the future…

Large technology companies were just entering Turkish market. New things were more limited. Big events and new launches were less. It was harder to find new articles. A new gadget was valid for a long time. Now, I cannot keep up with the change. Everything is changing rapidly. I can’t even keep up with the speed of technology. Everything is also comsumed very quickly. But it keeps us fresh too. At first, travel was limited. But now we can go to anywhere in the world to see the new trends instantly. We can see all new products and gadgets and new inventions. We attend all tech fairs. All of tech firms have presence in Turkey. Access to information has become very easy.

There are three types of media in Turkey right now as in other countries. Traditional, online and social media. Traditional media faces many challenges. All daily newspaper have tech writers like me. They also cover tech news on their websites. On the online side there are tough competition and with many tech news sites. But the big ones are a few. Also, bloggers and social media phenomena on the rise. It is a hybrid era right now. We will see what happens in the future. But whatever the platform, real and reliable news will always be in demand.