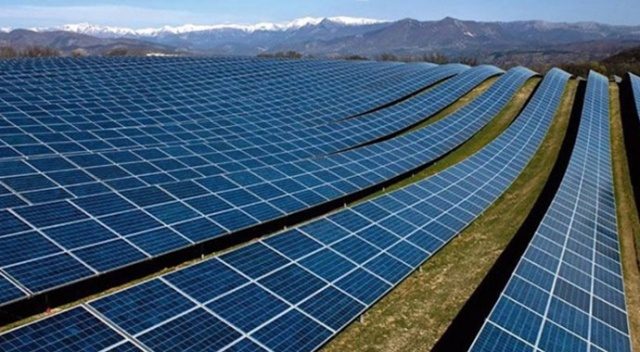 Around 0.1 percent of Turkey’s annual energy needs to be generated in the facility in 2023, supplying electricity to around 2.5 million people

The Karapınar Solar Energy Plant has started generating power nearly three years ahead of its completion, according to a company official. The plant is being built on a 20-million-square-meter land in the Central Anatolian province of Konya.

“We will complete the construction of this facility in 32 months. Solar panels with a capacity of 1,300 megawatts will be established. The works will be completed by May or June 2023. We will generate 2.6 million kilowatt-hours [kWh] of power annually when it’s completed,” added Kalyon Holding Energy Group Executive Murtaza Ata.

To date, 10,200 of the planned 3.5 million solar panels have been installed in the field, according to Ata, who also said that 4 MW of power is being transferred to the national grid after Energy and Natural Resources Ministry officials gave the final approvals last weekend.

The plant to save 1.5 million tons of fossil fuels annually

The amount of power generated will increase gradually as the construction gathers pace with the installation of 104,000 solar panels in a month, he emphasized. The solar panels have a local production rate of 75 percent.

The $1 billion Karapınar solar energy facility was constructed by Kalyon Holding in collaboration with China Electronics Technology Group Corporation (CETC). When finished, the facility will increase solar energy’s share in energy generation 25 percent, according to the data from the Energy Ministry.

Nearly 0.1 percent of Turkey’s annual energy needs will be generated in the facility in 2023, providing electricity to around 2.5 million people. It will save 1.5 million tons of fossil fuels per annum.