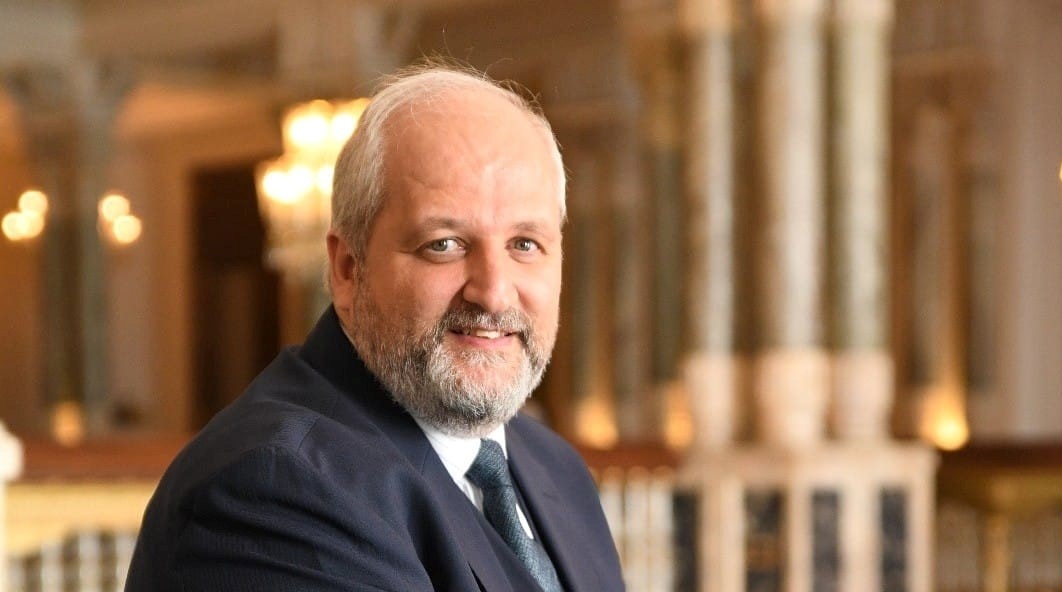 Murat Yıldız started journalism as an engineering student in 1994.  Having studied mechanical engineering at Yıldız Technical University, actually, he was planning a career in automotive industry. As he found a job at a car magazine and since that he kept working in media for 26 years. “…Whoever has a massive audience is more accepted than having the right audience and telling the truth. Sometimes I see my so-called colleagues providing promotions or other stuff with the brands and I am pretty sure that is not journalism..” he said. Here is what Murat Yıldız told me.

That is a tough question indeed. Because apart from computers, I was very enthusiastic with electronics, when I was 13. In those days, there was an electronic play set, and I had bought one of them. So I was doing simple radio or other stuff with this set. If it counts, then the first contact with tech related is my childhood hobby. But if we are talking about computers specifically, then it would be high school between 1985 and 90. We did have a computer lab in our school and there were Acorn branded computers. We were doing simple Basic programming in those days. As I remember, around 1989 or something, the school starting selling a entry level of those computers, the Acorn Electron. I bought one of them despite my father insisted on buying a Commodore. Therefore my first computer was not a Commodore or Amiga. I think I missed lots of great stuff with not having a Commodore. Later on I used a 8086 computer at 1992 which had a hard drive and that was really great stuff. I started my professional career at 1994 when I was a student. So after that, I was into the tech universe.

-I know you studied mechanical engineering. How did you decide to become journalist?

That is an interesting story indeed. I was studying at Yıldız Technical University and the first year I thought getting into business would be great idea. I was very enthusiastic about automotive industry and my future goal was to have a career on that sector. So I found a job at Auto Motor Sport magazine as a translator and copy writer. At the same company, on the second floor was BYTE magazine and I had friends over there. After about 8 months, I got a job proposal from BYTE magazine Editorial Director Uğur Serkan Taşkın. I immediately accepted it because I would earn around 3 times better than as a translator. Besides there were lots of computer stuff at the office and I was extremely interested about them So at the end of 1994, I started as junior news editor. The main responsibility of me was to gather news bulletins, type them to a Macintosh, choose the best photo slide and send it to be scanning. Also, I had to read all the magazine for corrections. All the process was done on prints so there were lots of printed copies and we used different colored pencils for corrections. There is a lot of story over there but long word short, the beginning is with BYTE magazine and it is definitely big coincidence of life.

-As you know most journalists have a role model. Who was your role model?

That is a hard question. To be honest, I never thought of becoming a journalist indeed. That was a temporary job for me in the beginning. But then I liked to be in the heart of technology. And still it was not journalism but rather to have an opportunity to be in the tech ecosystem. And definitely we had good friends at work and played C&C, Warcraft and so on till morning lights. I was doing product testings, both hardware and software and became the manager of BİTLAB, the products testing department. So still it was not journalism for me. I always tought that we were producing professional reports, reviews and tutorials for specific products. When I became the editor- in-chief of the magazines, that has changed my mindset and I started to look around who is doing great job. I remember Volkan Ersoy was very popular among the readers and he had a fluent and well-understood style of article writing. I may mention him as a journalist role model maybe. But unfortunately he left the business. My other role model was Uğur Serkan Taşkın as a manager. He had great manners and lead my career path accordingly. I am still grateful to him.

– How was tech journalism in the first days of your career? Can you compare it with today?

As I told, my first job was to copy all the news bulletins to Macintosh computers. Because the news bulletins came to office as printed copies or faxes. Then I was commissioned to make reviews of software products and we had an 2X CD-ROM reader. So the first articles came out from those. I remember “Konuşan Hindi” (Talking Turkey) an interactive CD-ROM about a talking turkey and teaching kids about math or something. Then I reviewed the multimedia CD-ROM of Johnny Mnemonic movie and it was published with my name. That was so exciting for me to have my name on an printed article. The main thing is this; you have to write something about a totally new product without having Google and even internet. And the magazine is read by a huge audience and they love to give you feedback with their snail mails. So if you write something wrong, you don’t have the chance of correcting it online or even deleting it. They bombard you with letters and you are definitely in trouble. And you have to write very vcorrect in terms of grammar and Turkish language. For example we had a blacklist of words that we can not use, which had better synonymous in Turkish. So the main rules were, write good articles, make the audience accept you and definitely be very correct on whatever you have written. Because there is no turning back. Today, what we do is semi-journalism or post-journalism. The main idea of journalism has changed to inform the truth from make a sensation to the mass. Whoever has a massive audience is more accepted than having the right audience and telling the truth. Sometimes I see my so-called colleagues providing promotions or other stuff with the brands and I am pretty sure that is not journalism. Therefore I can not call journalism that we are doing today. And it is not a problem of Turkish press and I see that in foreign publications, too. Weird days!

– What do you think about the current Turkish tech media scene?

I think I have summarized lots of thinks in the previous question. But of course, I admire lots of people. There are very good colleagues who are capable of working in a global media company. But definitely we need more focused journalists working in the sector. Unfortunately everyone is trying to make smartphone reviews and it is not good for us. We need good cybersecurity professionals, corporate software reviewing people or social media insight and analysts. But the tech media has trapped in a very specific topic: reviewing hardware.

-Currently you are running your agency, CXO Medya . How is it going so far?

This is my third time as an entrepreneur. This time I am alone and only have one partner, my wife. Having business partners was no good for me, unfortunately and that is a different story. CXO Medya focuses on C level executives. Our mission is to gather CIO, CTO, CMO, CFO, CEO and other C level executives under our publications, events, reports and other benefits that we offer them. We leverage our magazines for this purpose. Our vision is to become a global player in media, event and report business. This is our first year and we were struck with pandemic but still it is going well so far. We have successfully delivered 24 webinars during the pandemic. Also we have organized the CIO Awards last year and we still have hope to grow it to a larger organization. And we have contacts with Africa and Middle East seeking to have business opportunities. I hope, next year we will have our first international events. Maybe that would be another interview topic.