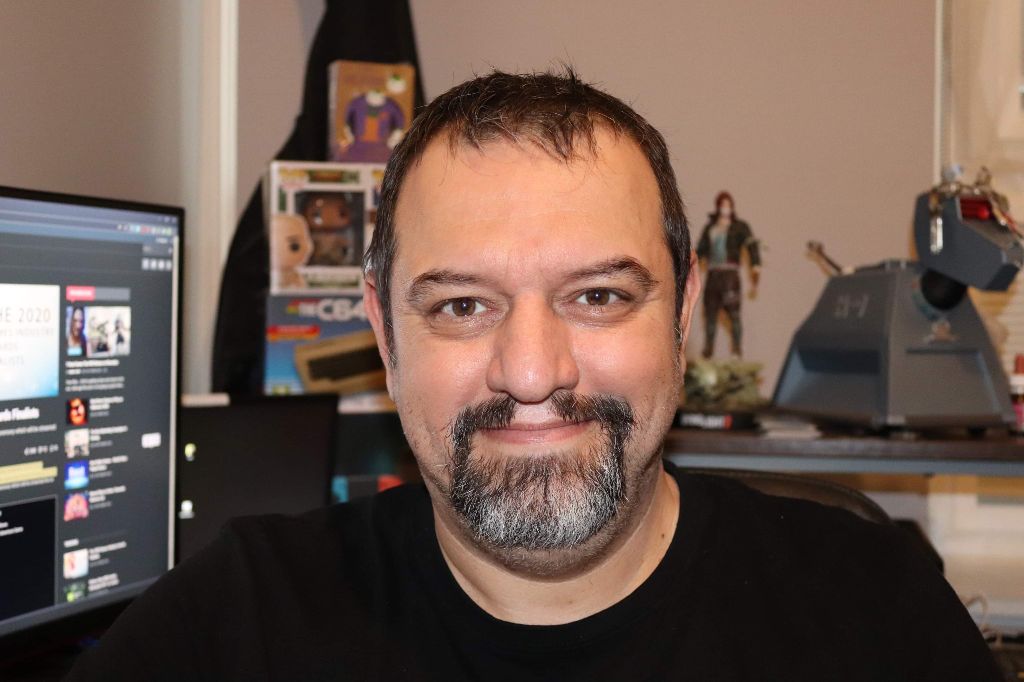 Ever since he was a child, he wanted to work as a journalist. Now he’s in media more than 20 years and started business in the UK three years ago

Actually Murat Oktay is a gaming journalist with more than 20 years of experience. Having moved to the UK three years ago, he helped to train new gaming editors for the industry. Oktay believes there is a huge change in media, as a journalist, you’re not onlly competing with other journalists, but also people with a smartphone. “I think it is a situation that will change the form of journalism and increase its quality in the future,” said Oktay.  Here is what Murat Oktay told me.

At the moment you are in the UK. What did you take to the UK? Can you tell me what are you doing there?

I have been working as a journalist in the gaming industry for many years. While in Turkey, as I could, I tried to train both new editors in this field and add value to the country. Now I want to achieve global success. For this reason, I decided to move to the UK to give a chance for myself. It isn’t an easy decision. However, making my dreams come true is very important to me.

Ever since I was a kid, I wanted to work for a newspaper or a magazine. When we were in middle school, we prepared hand-written magazines with our friends and exchanged them among us. This allowed me to reach my dream and enter university. When I entered the Yıldız Technical University,  I applied to the 64’s magazine, which was just around the corner. I produced articles, reviews for a long time. None of them was published. However, over time, my writing ability improved. In 1997, I founded Merlin’in Kazani website. Immediately that year, I started to write for Gamepro Magazine.

As a seasoned tech journalist, what was your first contact with technology?

Actually, there is a straightforward answer. I started with my first Commodore 64 computer my father bought. Like everyone else, I was playing games at first. Over time, I started developing programs.

A tough question. Because there are people, I can take as an example in many areas. I want to be able to express myself in a good and fun way like Cem Kıvırcık, to solve the mathematics of the work like Melih Kibar, and to stand behind the work I believe in, like Abdurrahman Pala for years. I had the chance to work with all of them and learn from them.

You are one of the leading gaming journalists in Turkey. How did you get involved in games?

The first game I played was Space Invaders when I was five or six years old. I spent my days by watching the elders in the gaming saloons. When I got my first token, I realized that I would never be able to leave this again.

The change is huge. As part of my job, I met lots of journalists from around the world. I also saw the differences in the media by countries. First of all, I can say that Turkish journalists are much different from media professionals from other countries. We have a media that likes to use technology more but also continues traditionally. I think it brings pros and cons together. Because before fully adapting to the existing technology, the arms are plastered for the new one. This brings along an unsettled structure. Also, the benefits of technology require you to compete with anyone who has a mobile phone, not just journalists. I think it is a situation that will change the form of journalism and increase its quality in the future.

We are the children of the communication age. We witnessed the development of communication. We are already experiencing its development. Fairs and events  were used to be very valuable. The information we obtained there was read word for word by the readers. Even if you provided this information a month later, it was invaluable. However, the widespread use of the Internet today has changed this a lot. Above all, you cannot even produce your contents as you wish because you have an advertising concern. And you should have a lot of traffic to meet your advertiser needs. Because of this, you have to play by the rules of Google, which provides traffic for many sites, which is very dangerous. For the advertiser, the number of people it reaches is more important than the quality of the content. For this reason, there are big differences in shape between the contents we had to prepare 20 years ago and the current contents.

I don’t think the media is what it should be. To do business in Turkey, it requires very challenging conditions. I will not go into the details at the moment. These are other articles’ subject entirely. However, I want to summarize with a straightforward example:

When I first came to England, I tried to get information about the UK industry from my friends in gaming companies. All top emphatically said the same thing: “Do not compare the UK with Turkey. Dynamics of each country is unique. Never play for reaching to the top. Play to be the best. People get you where you want.” I’ve heard this ever since I came. The industry is really different. When you try to do something a little good, companies are acting directly. I’m not just saying this financially. At the same time, you are really saturated with content. Unfortunately, we are not the source of the news as contextual in Turkey. I’m talking for all publications, but most of them get their content from English sources and translates. I need to understand them as well, but if we want to achieve global success, I have to say that this is a complicated process.

Taking this path has given me greater satisfaction than I expected. I had the opportunity to interview with Dr Richard Wilson OBE, the CEO of TIGA, the most respected gaming association here. I think this is one of the factors that impressed me the most and made me taste a sense of accomplishment. I recommend all my friends to work in the global sector. There is no need to worry about language. When I arrived, my language was not enough for a journalist. I still don’t think it’s enough. Because of the way of expression and language are also very different. Sentences very polished, although the direct expression and brings together a lot of different dynamics, with the traffic we’ve achieved is currently being evaluated in several publications even more different in Turkey. The fact that English is a globally used language makes your hand very strong. I have wanted this project for many years. Since my possibilities did not allow me, I was able to set off three years ago. But I am also delighted that I am on the way of journalism that I really want to do.