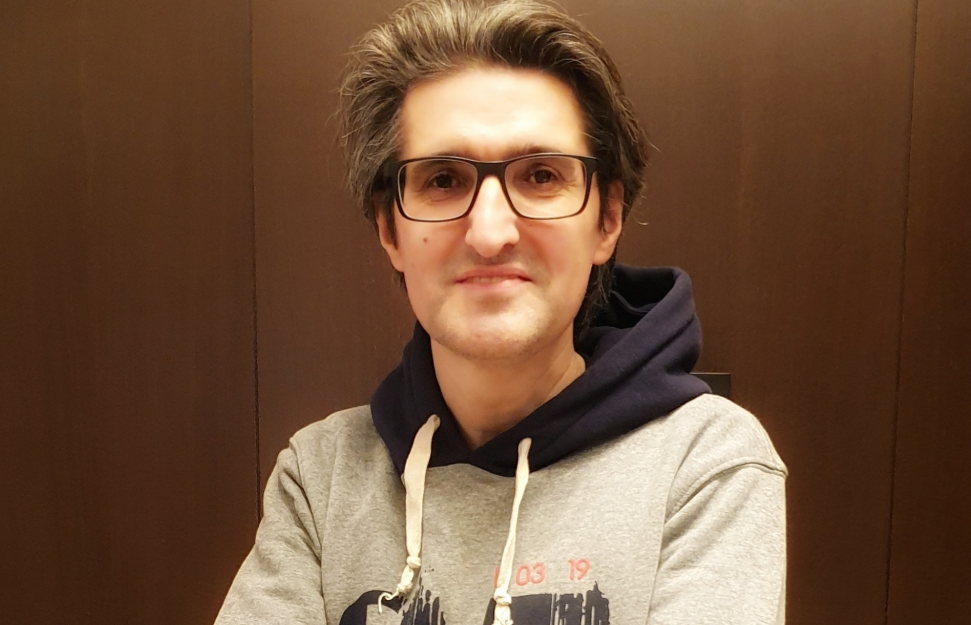 His first article published in a print magazine 1989 and he started his website in 2012. Here’s Melih Bayram Dede’s story

Melih Bayram Dede is one of the veteran tech journalists. Having witnessed the digitalization in Turkish media, his first contact with computers was a Macintosh. Now he keeps it as a memory in his working room. “Today I am thinking and amazed how we use a computer without the Internet” said Dede. He believes we are living in a period when the function of newspapers and magazines to be a source of information is almost over. Here is what Melih Bayram Dede told me.

-As a tech journalist, do you remember your first contact with technology?

When computerization started in newspaper design, I met Macintosh. For those journalists, the transition to Macintosh was like a miracle. It had a Turkish-specific keyboard layout and for the journalists who used to have a F keyboards didn’t feel awkward. Because the F keyboard already existed with the Turkish typewriters.  The first computer I used to have was Apple’s Macintosh Classic. I still keep my Macintosh Classic computer as a special memory in my working room.

-How did you start journalism? What were the main motives drove you to journalism?

My first article in the media, I think, was a criticism that I sent to the ‘Boom Music’ magazine in 1989. Music is still in my interest as I play the keyboard. Later came TV, newspaper, online and YouTube. I experienced the transition to computerization in journalism at first hand. In journalism, I come up through the ranks. It was not a planned process, so I am a journalist.

-Who was your role model in journalism? Who helped you to choose journalism?

I have never had a role model. I always liked to be myself.

– As a veteran tech journalist, can you let me know about the technological change in Turkish media?

When the calendars showed 1995, there was a computer in the newsroom where I worked. Telex, which is a device similar to fax and that we used to receive news from agencies, was disappearing. News and photos from agencies were starting to be sent via computer with a slow connection over telephone lines. However, there was still no Internet access available to those working for the newspaper. It was a period when the data exchanged with floppy disks, and images came with slides and floppies. In a few years, we got Internet access via dial-up connection. There was only one Internet connection in the newspaper, and you could use it in one room with permission. We opened our first e-mail addresses and added the e-mail for the first time as contact information at the end of our newspaper columns. We are talking about a period when the most popular search engine was Altavista. It was the first time that the newspaper I worked in 1999 launched the web site and the use of the Internet started to spread gradually at that time. For us, journalists, the Internet has brought diversification of information sources and communication opportunities. Today I am thinking and amazed how we use a computer without the Internet.

In Turkey, we had already computer magazines where Turkish people who had never met the Internet before. Even when I did not have a computer, I would buy a computer magazine with enthusiasm and follow the technological developments constantly. Then, some local media outlets acquired the global technology publishing rights to and started publishing various magazines. Those magazines were giving away CDs in every issue. These CDs contained software, music, and games. Since the spread of the Internet to the society and then the Internet access was very slow and costly, the promotional CDs were very popular among users. Those were the days when we decided which magazine to buy based on the content of the CDs. Towards the year 2000 weekly technology pages appeared in daily newspapers in Turkey. Publishing technology pages in newspapers put technology on the agenda of ordinary people. Then, the transition from dial-up to broadband (ADSL) technology enabled the Internet to enter the homes. This enabled the media outlets to consider publishing via the Internet. I started to publishh a technology page in Yeni Şafak newspaper since March 2000 and continued for about 20 years. I prepared and presented a technology program called TechnoLogic for 5 years on TVNET. As for the Turkish technology media, I think it is not possible to talk about an integrated structure. We are living in a period when the function of newspapers and magazines to be a source of information is almost over. We start and finish the day with using online tools. Turkish technology media consist of digital channels that are currently dominant. I see that video content becomes more important than the printed and great effort needs to be mentioned in this field.

-I know you founded and run a culture and arts website. How did you decide to do such a thing?

In 1999, I started publishing a culture and art website called Dergibi. (“Like a Magazine” in English) At that time the Internet was very new in Turkey and we were discussing with the colleagues what we could do on the Internet. “You can even publish even magazines of the Internet “ said a friend. I have also attempted such a business to engage in web publishing and to engage with culture, art and literature. “I want to do something like a magazine. How should I name it?” The magazine was a good experience for me, starting from HTML, learning both the technical background of web technology and in terms of content. I have now handed Dergibi to a literary group in Ankara and is on track for future generations in safe hands.

–You are also running your own site, technologic.com.tr for a couple of years. How is it going so far?

While continuing to work for the newspaper, I established TechnoLogic, which was my own initiative in 2012, thinking ahead. I continue as a technology oriented publication. TechnoLogic is my main medium now. In addition, I keep my personal blog at melihbayramdede.com updated and continue to produce video content on my YouTube channel. In summary; I can say it is going well.