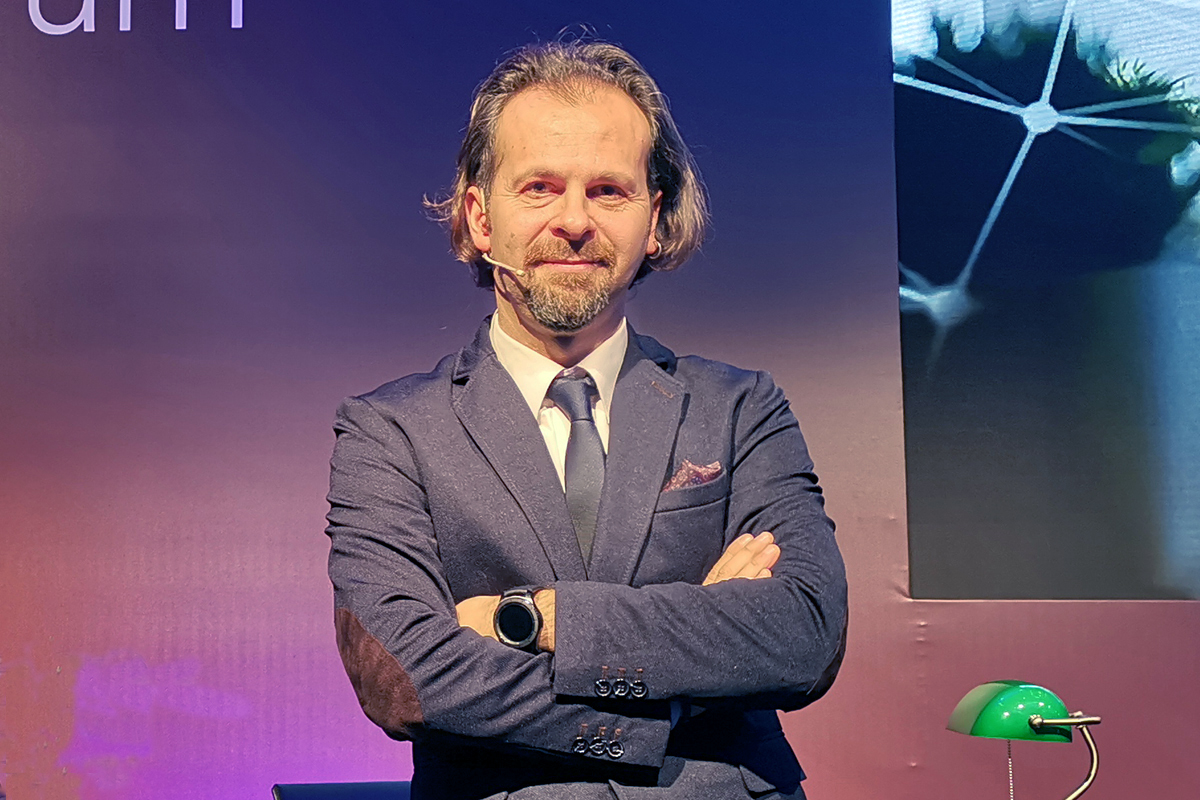 Fatih Sarı started journalism in 1998 and wrote his first article with a typewriter. “…if you have a flagship smartphone, you can take photos, shoot videos and even record your voice with the phone. You can air the interview in a few hours. Life has accelerated, however, all work has also accelerated. In short, I spend only 2 hours today for an interview that took two days with all its stages when I started my career” explained the transformation in journalism. I interviewed Fatih Sarı and here’s what he told me about his career and new agency business.

As a tech journalist, what was your first contact with technology?

Unlike many of my colleagues who are technology journalists, I am a graduate of the Faculty of Communication. Technology has always been a favorite area to me. I have also played computer games since 1985. I can say that my curiosity gained meaning when I broadcasted the first student live show in 1994 at Anadolu University, Faculty of Communication Sciences, Cinema and Television Department. I can say that my instructor Assc.Prof. Ahmet Durmaz, who tought our technical lessons, answered my never-ending questions patiently. He did not know, he paved the way in the field of technology for me.

How did your journalism career start? What were the main reasons triggered you?

After finishing the university, my job search in my field did not provide satisfactory answers. I also took lessons from departments such as press, advertising and public relations in the university and improved myself in those subjects. During school years, I wrote the scripts and texts of all my projects and my professors always told that my writing ability was very strong. My journalism adventure, which started as a part-time reporter in the economy service of Milliyet newspaper, turned into a real-time job in 1998 with InformationWeek magazine, which started to appear in the Milliyet magazine group at that time. And I have managed to reach the current times.

I did not have a role model in journalism since I studied Cinema and Television. However, I can say that the concept of investigative journalism, which started in our period with Uğur Dündar and we often encounter on television, also affected me. Of course, during our period, we could enter the faculty of communication with a special aptitude test. That is why the instructors on the examination board asked you many questions from the columnists you read to your favorite movie and ad directors. If you are not prepared for the exam, it was not easy to be successful. It was an invaluable experience for me to meet with many columnists in the newspapers Milliyet and Cumhuriyet that I read at that time, to work together or spend time on travels in the following years.

There is an example that I share in my speeches. I wrote my first tech article with a typewriter. When I did the first mobile phone test, I did not have a mobile phone of my own. Since search engines and the Internet technologies are not so advanced, it sometimes took half a day to find the visual you would use in a story from the archive of the newspaper. I can summarize the things you need to do when you go to an interview. First of all, since I was a junior reporter, I had no equipment. Therefore, after arranging the interview, you had to request a vehicle from the transport department, to request for a photojournalist to shoot the interview you had to go to the photography department, to ask for a tape recorder you had to request it from the technical team or senior reporters. At the point we have reached today, if you have a flagship smartphone, you can take photos, shoot ideos and even record your voice with the phone. You can air the interview in a few hours. Life has accelerated, however, all work has also accelerated. In short, I spend only 2 hours today for an interview that took two days with all its stages when I started my career.

Other than magazines and newspapers, you also worked in PR. Why did you switch to PR?

There is an expression in our profession. “Every journalist will do PR some day”. I also had to say hello to the PR world when I was unemployed during the 2001 economic depression when I was working in the Star newspaper. As a result, you have received communication degree, there is no place to go except newspapers, magazines and television. In this case, PR was the best option and I think it is necessary to be in the PR world for at least 2 years for journalism because then you learn to empathize, have an idea about the imperatives of the person and raise your level of understanding.

What we understand from the Turkish technology press is very important here. Will we call forum sites as tech media or will we call tech journalists with around 25 years of experience as tech media? After making this distinction, the rest is very easy. In my opinion in the field of ICT, all publications that can be accurate and reliable news sources in line with the needs of people should be named as technology press. At the point we have reached today, political pressures on the press are also reflected in the tech media. In an environment where journalists who are not close to the government have to do their own business, we are divided into two as pro-government and independent press. As a citizen of the Republic of Turkey, I hope this oppressive period to end soon that is not sustainable.

Currently you are running your agency, Tasarı İletişim. How is it going so far?

As I mentioned as a result of the political pressures in the media, we had to start our own agency and conduct our work independently. However, as in the case that every bad landlord makes the tenant a landlord (a Turkish proverb), we have turned this crisis into an opportunity and we have been doing the best thing we know for 4 years within our agency. Apart from communication, I continue journalism with our websites Enterprise Next and Espor Next.