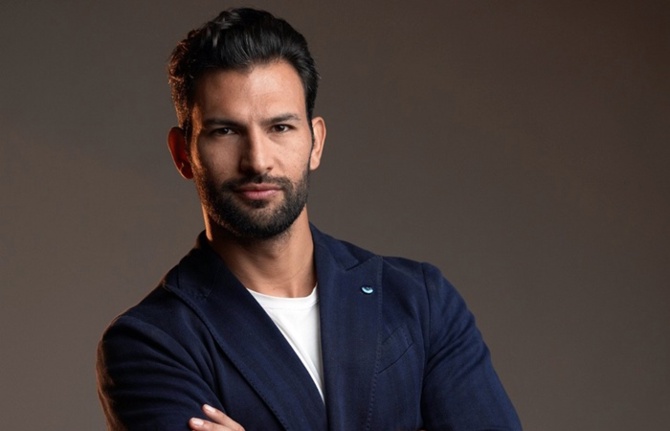 No, Faladdin is not a fortune telling startup. It is a tech company combining  deep learning skills and ancient knowledge of mystical disciplines like tarot, astrology, clairvoyance and coffee cup reading. Sertaç Taşdelen ,Co-Founder and CEO at Faladdin, was actually in consultancy business and his mom’s coffee cup reading gift led him to enter startup world. “Consider your phone knowing you better than yourselves, touching your past and shedding light on your future… that is an incredible technology” said Sertaç Taşdelen. Here is what he told me .

What is Faladdin? What is the story of it? –

Faladdin is an artificial intelligence fortune telling app. The service is free, instant and caters more than 25 million users, 5 million being active on a monthly basis, which is available in English, Turkish and Arabic.

Inspiration struck me in 2010 when me and my friends were enjoying Turkish coffee over dinner. I explained that to my mom, a fortune teller in her free time, could read their fortunes from Turkish coffee cups (traditional way of reading fortune in Turkish and Middle Eastern culture). Intrigued by this, me and my friends sent the pictures of their coffee cups, and received their readings back from my mom via e-mail 15 minutes later. I realized a potential market opportunity, and launched a blog where users sent photos of their coffee cups directly to my mom. After this market test, approximately 1 month with a free version, I opted to change the concept to a paid marketplace that connected independent fortune tellers to users. I partnered with Kaya Diker to develop the site, and both decided to focus on “Binnaz” full time in 2012. Despite this success, we sought a more scalable, tech-centric approach.

As a result, in January of 2017, we launched Faladdin, an automated, daily fortune reading app which to date has received 25M total downloads across 112 countries to date.

What is the business model of Faladdin?

Faladdin is an AI based free app. Our users should watch an ad before sending their reading, we are earning from ads and also in-app purchases. And we recently released our new subscription / premium model, in very soon It will be available in every country, including Turkey. Actually, we predict/predicted the inevitable success of Faladdin. Hearing Turkish coffee fortune telling mystically from a mobile device instead of a real person… sounds interesting, right? In fact, Faladdin, which is now found at smartphones of one of every ten people, has become a buddy to us. Of course, there is a devoted work of a great team behind the success. We, as a team, created Faladdin through putting our maximum effort day and night. Finally our beloved users brought it to its place where I believe it already deserves.

People generally believe fortune telling is for women. What do the Faladdin’s data say about this? Can you tell the percentage of men using Faladdin? –

Are you using different technologies other than machine learning?

In this point, Faladdin’s AI and our commentators’ understanding step in. Faladdin does users’ Turkish coffee fortune telling with commentators’ deep understanding under the light of AI and specifically for them. Consider your phone knowing you better than yourselves, touching your past and shedding light on your future… that is an incredible technology. Turkish coffee fortune telling of every individual is prepared as authentic as possible by merging the data provided regarding individuals by AI and commentators based on the information which related person provides to Faladdin. Hence, users, as expected, become addicted. Our users vary from senior executives to grocers as Faladdin appeals to people from every age and community.

Before entering startup world, you were in consultancy business. Did it contribute to your entrepreneurial perspective?

Of course, it is, as a person working in a corporate company, although my career has reached a certain point, I had some doubts and worries. But Faladdin would not exist if I would only hesitated and waited for the right time. I think that we should let the enthusiasm and the light inside of us free when the necessary conditions become mature. I mixed my experience with my dream.

Are you planning any investments for Faladdin?

The ultimate goal is to expand Faladdin’s capability to tackle various tasks, including entertainment, dating, well-being of the user and offer companionship. The company believes the algorithm could rely on the data collected from the user, and leverage this to predict the expected behavior by the user, and enhance his/her life. You could think of a Siri like product, which offers information about the future, and predicts the need even before it happens. Faladdin will be a life companion, rather than an entertainer.

That’s all I want to know. If you have anything extra, just add it.

I want you to know that we are not a “fortune telling” company. We are a technology company. Our team is composed of young, dynamic and productive people who are aiming to do what is never been done before, to develop the technology and carry it to its highest place in our country. We touch a million people every day, shed light on their future. In the beginning of 2017 we released Faladdin English and then Arabic. Of course, we have unlimited ideas and new projects, but first we want to make Binnaz and Faladdin global brands known all over the world, and then we will start to work for the others.