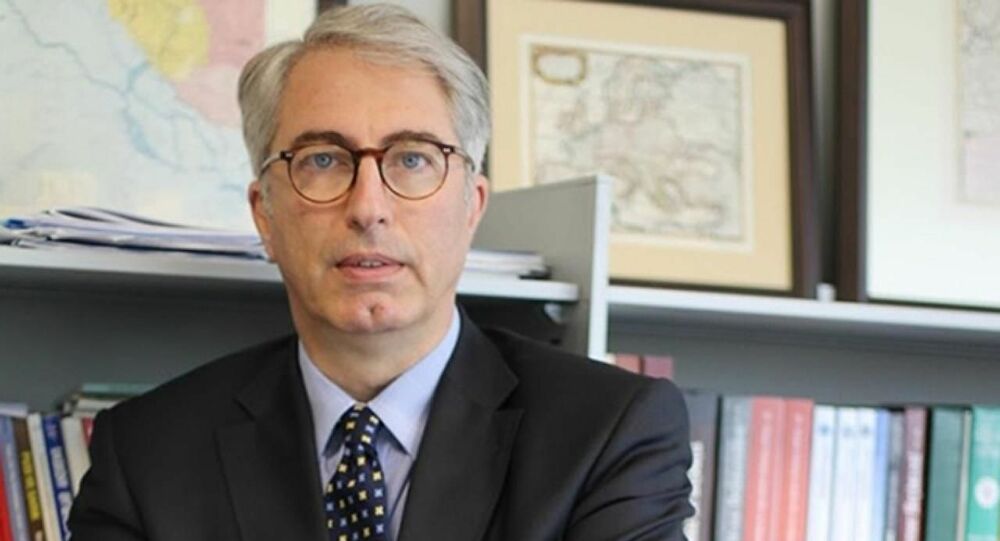 Having his expertise is in foreign politics, Murat Yetkin’s story is newsworthy as he started journalism in print media as of 1981 and switched to digital around two years ago. Yetkinreport.com launched in Turkish and English, covering everyday politics and economics. My interview with Yetkin focused on his relationship with technology during his journalism career and here’s what he told me.

-I know you studied Mechanical Engineering at Middle East Technical University. Have you ever worked as an engineer? How did you switch to journalism?

– No, I have never worked as an engineer. I started journalism when I was a student and carried on.

-As a journalist what was the first technological tool did you use? Can you compare it with today’s tools?

-Telex. It sounds like stone-age now but in the early 80s it was the dominant technology. Then fax was introduced in the mid-80s and we were all amazed. PCs came into the scene in the late 80s to amaze all of us.

-In your career, I noticed, you worked for BBC World Service, Deutsche Welle

and AFP. In those years what kind of technologies were these news outlets using?

-I used my first lap-top when I was working for the BBC. In the AFP we used a small luggage dimension satellite phones and that was the cutting edge. We used pagers a lot before the introduction of mobile phones in the early 90s. I remember when the internet was first introduced in Turkey, we had to go through the servers of the Middle East Technical University, or Turkey’s scientific institution TUBITAK first.

Let me add something at this point. There are four sectors in the economy that uses the cutting-edge technology first. Those are military, communications, medicine, and finance. So, when a new technology was introduced to the market, we journalists were among the first to use them. It has been like that from the invention and use of the telegram in the Crimean War in the mid-1800s to drone dogfights over Syria in the early 2010s. The technology used today should not be seen as the ultimate reach; the most sophisticated tools and means we use today, will be tomorrow’s telegram or telex.

–In journalism in the past, fact-checking was a compelling issue. Nowadays, thanks to technology, we have more options for fact-checking. So, do you agree with that technology makes fact-checking easier or more confusing?

– There are more and quicker options now but also more misinformation and manipulation. Security experts estimate that as much as 80 percent of the whole “information” in social made are either fake, fabricated, distorted or simply lie. Technology is not a fetish object. You have to use it carefully, being aware of backfirings and side effects to get what you want.

-Lately, I have been reading your book, “For the Curious: The Book of Spies” (Meraklısı İçin Casuslar Kitabı – Doğan Kitap, 2018) again. You are revealing the background for famous spies both from Turkey and abroad. Those spies had a limited capacity for using technology and nowadays almost everything is traceable in the world of spies. So what do you think of the use of technology in spying?

-I already mentioned that the military is one of the first to benefit from new technologies. Espionage is a derivative of military needs. Military institutions, thus spy networks have always used the cutting-edge technologies, even before they are publicly introduced. I want to recall at this point that the internet was commissioned to a lab in Switzerland for the needs of secure communications within the U.S. Army.

-Around two years ago you launched Yetkinreport.com in which you cover everyday politics and economics. Can you compare online media with the print one?

-What we are doing in digital media is useful perhaps but not safe at all. It needs pushing a button by someone, someday to erase all material saved in the “clouds” other than perhaps those saved in hard discs and the same thing applies to hard discs as well. Whereas I can research and find the minutes of the Berlin Conference in 1878 for example because they are kept in print. I can read the first edition of Hürriyet in a library for example but cannot reach that online. That scares me; we are getting into a twilight zone where we will have no records of the current past left.

-As a part of your profession, which sources are your favorite ones to stay updated?

-That’s tradecraft secret. I cannot tell you other than those sources open to everyone.

-What do you recommend for the future journalists?

-Be curios for yourself. Make your homework first. Keep your promises to your sources, if you want them to be loyal to their words. Work hard. Don’t get seduced with money. Work harder.