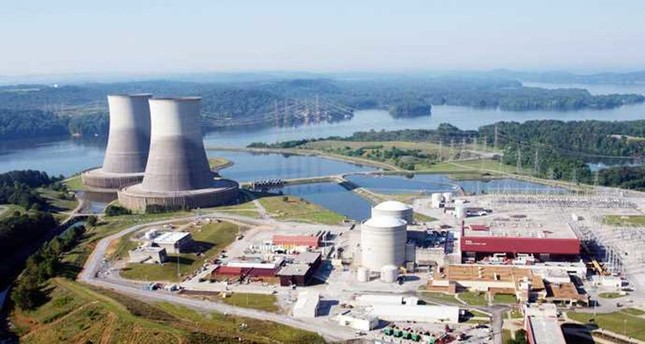 Turkey’s first nuclear power plant’s new Turkish staff members, who were trained in Russia for more than 6 years, have said that “zero-defect policy” was at the heart of the challenging training program, Hürriyet Daily News said.

Following a Russian language preparatory class for one year, they were given lessons on general engineering for 3 years and atomic energy expertise for 2.5 years.

“I was studying at Gebze Technical University. I saw this program when I was searching for internship programs on the internet. I applied and I was accepted. The training started in 2021,” Seda Yürekli told Hürriyet Daily News.

“There was a huge difference in educational systems of the Russians and ours. It has been particularly beneficial to have learned the Russian technical lingo. I have started working at the [Akkuyu nuclear power] plant now,” she said.

As part of an agreement between the two governments, students from the Turkish universities, mostly engineers, have been enrolled in training programs in Russia since 2011 to take jobs afterwards at the Akkuyu Nuclear Plant being constructed in the Mediterranean province of Mersin.

More than 140 students graduated from the training programs in Russia and returned, and 102 more students will attend them in 2012 and 2022.

The Turkish Nuclear Regulatory Authority (NDK) has recently received the application for the construction of the last reactor of the Akkuyu Nuclear Power Plant.

NDK is also reviewing the application for the third reactor, which is planned to start running in 2025. Some 6,500 workers have been working in the construction of the plant’s first two units, which are expected to start generating energy in 2023 and 2024.

Rosatom has been granted electricity purchase guarantee from the plant with a 4,800 megawatt (MW) power capacity for 15 years.

The total cost of the nuclear plant’s construction is estimated at USD20 billion.