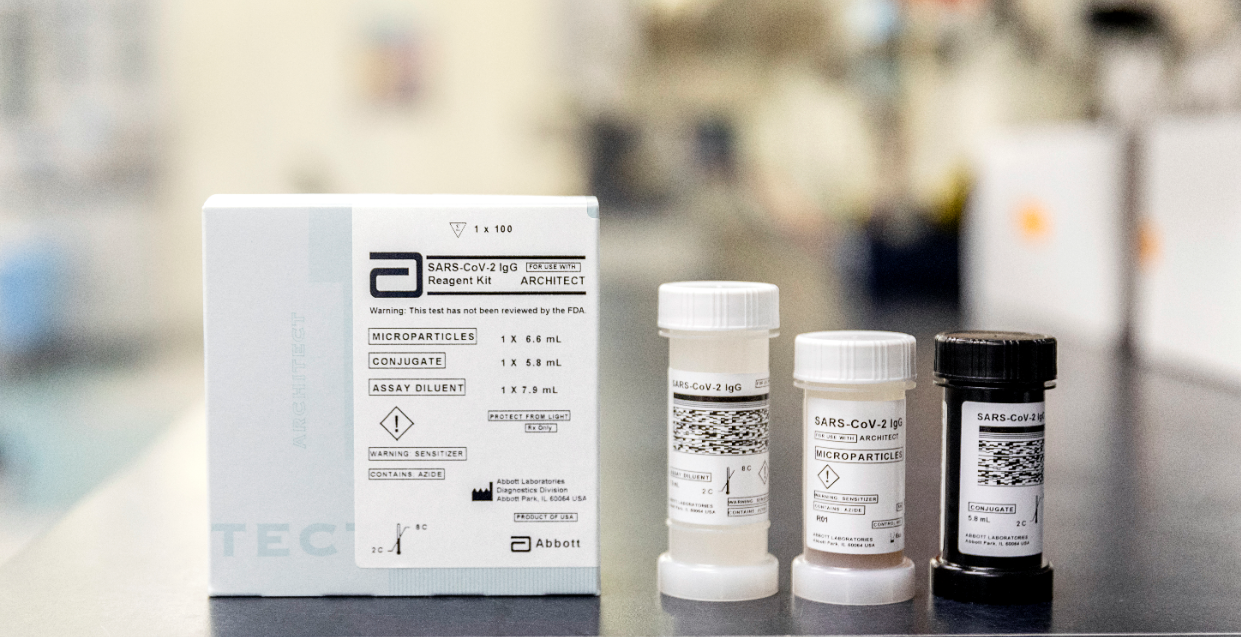 Abbott recently announced it received CE Mark to the IVD Directive (98/79/EC) for its laboratory-based serology blood test for the detection of the antibody, IgG, that identifies if a person has had the novel coronavirus (COVID-19).Antibody testing is an important next step to tell if someone has been previously infected. It will provide more understanding of the virus including how long antibodies stay in the body and if they provide immunity. This type of knowledge could help support the development of treatments and vaccines.

Abbott’s new antibody test was approved on May 15th by the Ministry of Health’s General Directorate of Public Health and the Turkish Medicines and Medical Devices Agency.

While molecular testing detects whether someone has the virus, antibody tests determine if someone was infected.

Abbott’s SARS-CoV-2 IgG test identifies the IgG antibody, which is a protein that the body produces in the late stages of infection and may remain up to months and possibly years after a person has recovered. The test demonstrated specificity and sensitivity to detect IgG antibodies of greater than 99 percent 14 days or more after symptoms started.

Abbott’s IgG antibody test will initially be available on its ARCHITECT i1000SR and i2000SR laboratory instruments. ARCHITECT is one of the most widely used laboratory systems in the world and it’s been used for decades. More than a thousand of these instruments are in use in laboratories throughout Turkey. These instruments can run up to 100-200 tests per hour.