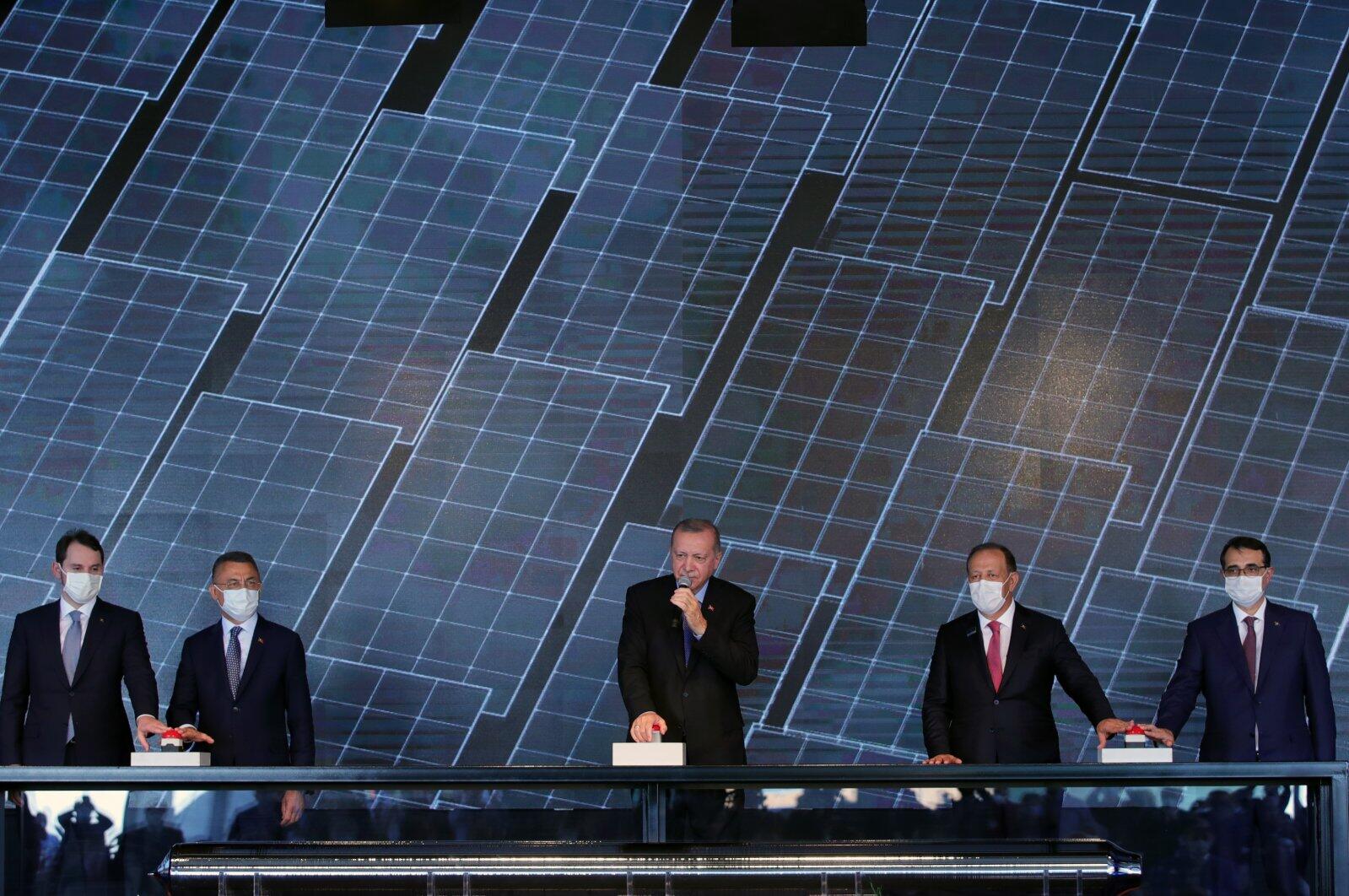 The $400-million solar technologies factory was built by Turkish energy and construction company Kalyon Holding, winner of the tender in 2017.

“Within this facility, Turkey’s solar panels designed by Turkish engineers will be manufactured,” Treasury and Finance Minister Berat Albayrak said at the opening ceremony. The factory, which will manufacture ingot, wafer, module and cell units with a capacity of 500 megawatts annually, is expected to prevent $100 million worth of solar panel imports per year, per Energy and Natural Resources Minister Fatih Dönmez.

First panels to be used at Konya’s renewable energy project

The first solar panel units produced in the factory will be used at the Karapınar Renewable Energy Resources Zone Project in the Central Anatolian province of Konya.
The Karapınar solar energy facility was constructed by Kalyon Holding in collaboration with China Electronics Technology Group Corporation (CETC). The $1 billion facility will start operating in September and to generate 2.6 billion kilowatt-hour electricity after reaching full capacity in 33 months, told Dönmez.

Turkey produced 62.08 percent of its electricity from local and renewable sources in the first seven months of 2020, according to the data from the Energy and Natural Resources Ministry. The country’s total electricity production hit 162.13 billion kilowatt-hours of electricity in H1 2020. Share of natural gas stood at 17 percent as imported coal had a share of 20.87 percent and domestic coal with 14.89 percent. During the same period, hydro ranked first in the electricity production with 33.25 percent share and wind’s share was around 9 percent.