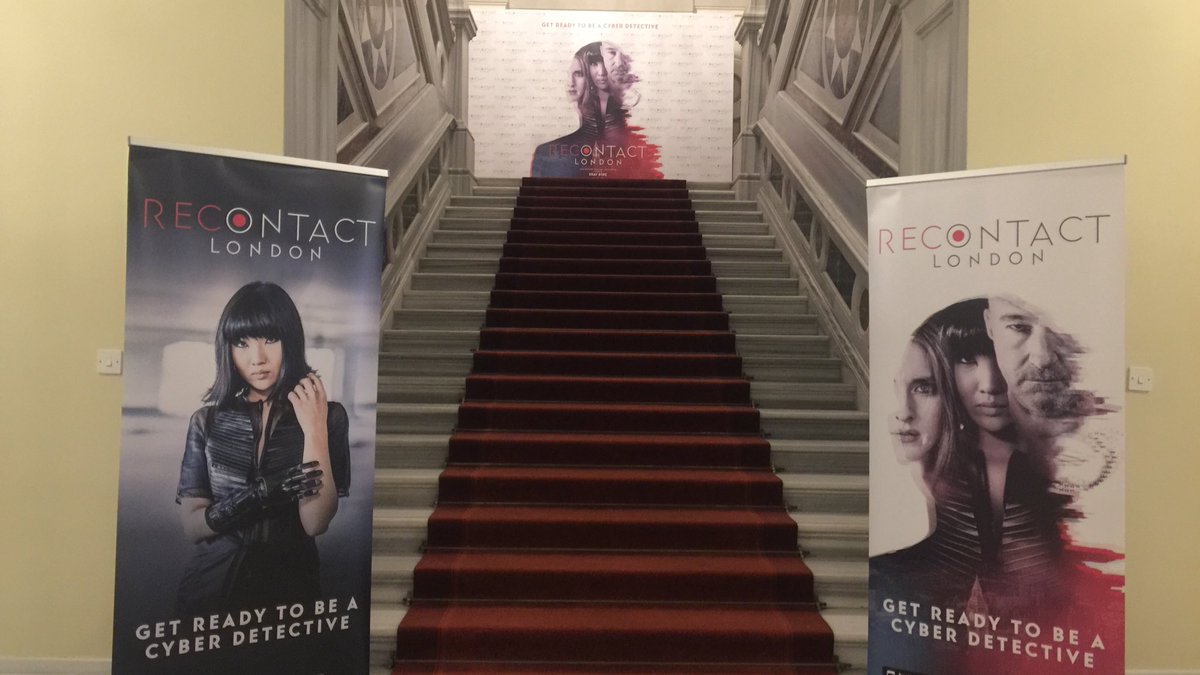 ‘They are’ Simay Dinç and Eray Dinç and they are the producers of Recontact:Istanbul and Recontact:Istanbul Eyes of Sky, mobile games offering different experiences with cinematographic images. Those mobile game series was named the best mobile game in Turkey by Apple and introduced in the “Most Innovative Game” category in 153 countries. Now the Dinç siblings embark a global journey from London with Recontact:London.

I was at the launch event of Recontact:London at the British Consulate General İstanbul and Simay Dinç announced the game would be downloadable by Feb 6. But it is ready to on Feb 20 in 12 languages. Dinç said they aimed to reach mobile gamers who want to become cyber detectives and try to solve the mystery in London. We developed five game dynamics in the cinematographic context. For the first time, the game application was exhibited to the market on the iOS platform. We see the App Store like an art gallery. Our work is handled as a work of art, added Dinç.

Eray Dinç, director of the game, explained the game brings together all units of audiovisual art, ranging from cinema to photography, video art, music and literature. The production process took 1.5 years and covered hundreds of shots in London, software stages, tests and localization. Let me note: having acted in “Game of Thrones”, British actor Ross Mullan stars in the leading role of the game.

By the way, I need to mention the funding for the game. Following the success of the first games, the Dinç siblings gained traction and investors wanted to fund. Now Erdem Yurdanur, Akın Babayiğit and Hande Enes are the first angel investors to the siblings.  Erdem Yurdanur was the founder of Maçkolik and acquired by Perform Group, now with a new name under DAZN Group. Currently he is the founder of Admost Mediation in London. Akın Babayiğit is the COO&Cofounder at Tripledot Studios in London and Hande Enes is Member of the Board at Engin Group Consorcium.

Here is the cinematic teaser of Recontact:London: