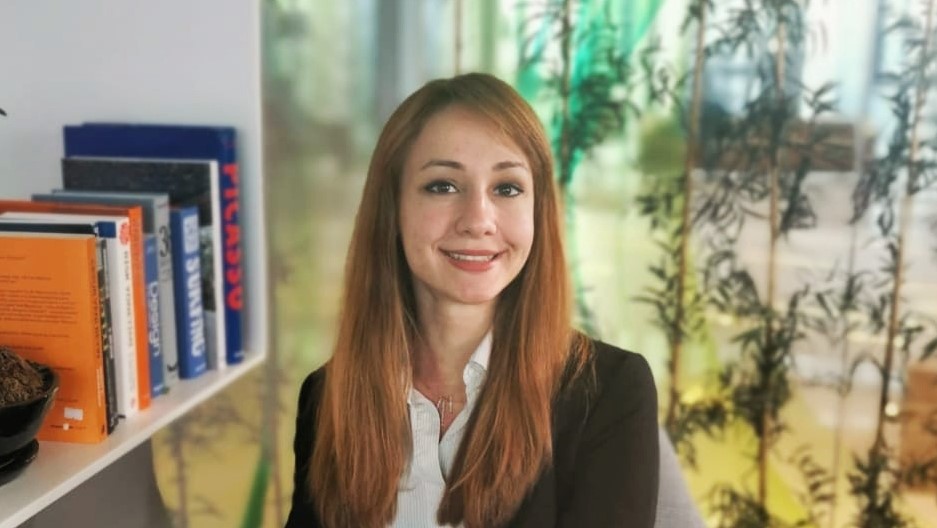 AI is hot for many industries, including legal profession. Being one of the largest  bar association’s in the world, Istanbul  Bar Association’s paper analyzes AI’s effect on attorneyship

Istanbul Bar Association’s Artificial Intelligence Study Group published an opinion paper called “Legal Tech and Its Applications in Attorneyship” in July. “The opinion letter explains the current use of AI-embedded Legal Tech and its benefits for attorneys. However, taking also possible risks of the Legal Tech into consideration, the challenges attorneys might encounter are underlined. Finally, recommendations are made both for the development and the use of Legal Tech,” said the paper. Selin Çetin, Attorney-at-Law, is one of the authors of the paper and here’s what she told me.

How does technology facilitate a lawyer’s profession?

The improvement of technology both increases the service quality of lawyers in legal processes and enables lawyers to save time and effort. Even when we look at the recent past,  for example, we see that the progress from typewriter to computer has reflections on lawyers. Let’s think it simple, dozens of case files kept in a physical environment have now been moved to the virtual environment. In this way, filing has become more practical for us. Therebeside, we can do many transactions in a virtual environment without the need to physically go to the courthouse.This saves time for us. Thanks to the developed software, legislation and case law searches, which were spent hours, were also reduced to short periods. It even became easier to follow the regulations abroad.  The virtual hearing, which is on the agenda with the COVID-19 period, will also be one of the possible developments in the near future. The benefits of the above and similar applications to the professional development of lawyers are undeniable facts.

One of the methods of technology used by the lawyers is predictive analysis. Can you elaborate?

Predictive analysis is the use of various techniques to determine the probability of future results for the current situation based on previous data. It has been one of the methods used in the field of law for a long time. In order to have a prediction about how the legal dispute will end, the information about the current dispute is compared with the data in the data store of previous similar cases and can make an estimate of the current legal dispute.

Its use is approached with caution in some countries due to the danger of predicting results different from the existing legal norms at the judicial stage. For example, last year in France, it was prohibited to analyze the decisions of a judge in the past using artificial intelligence and try to predict her decision in the present case.

Indeed, the use of systems that do not comply with the principles such as transparency, accountability, and human representation can lead to violations of rights.To give an example from abroad, COMPAS is an artificial intelligence model that aims to predict a criminal’s risk of committing another crime. The system was used in the US in 2013 when a male, Eric Loomis, was found driving a car that was used in a shooting. COMPAS identified him as at high risk of re-offending, and sentenced him to six years. Loomis appealed the ruling on the grounds that the judge violated due process in considering the outcome of an algorithm whose inner workings were secretive and could not be examined. The appeal went up to the Wisconsin Supreme Court who ruled against Loomis, concluding that the sentencing would have been the same without consulting COMPAS. However, since such software makes decisions based on information such as the perpetrator’s age, gender, education level, family, environment, past criminal record, there is a danger of bias.

What are the most advanced countries in terms of using legal tech? How do those countries use tech in law?

According to Thomson Reuters Legal Executive Institute, the US legal services market alone is estimated in over 400 billion dollars. The numbers are a clear evidence that the market share for legal tech truly justifies the need for innovation. It is possible to say that the UK, Nordic Countries and the USA lead the way in legal tech start-up investments. Accordingly, legal tech usage in these countries is more common than in other countries. For example, it is possible to see different practices in these countries: the algorithm developed by the Lex Machina company in the USA makes predictions about the current legal process by examining the legal steps of the judge or the counterparty’s lawyer in previous cases. Another software called Kira Systems provides time saving for the first time user by detecting the problems in the contracts and arranging the litigation process from start to finish. Estonia’s pilot implementation of artificial intelligence in the judiciary came to the fore last year. Accordingly, the decisions of the robo-judge, who were planned to hear cases of 7000 Euros and less, would be legally binding, but the litigants would also be left open to appeal to human judges.

Should AI-supported softwares be handled as an alternative for attorneyship? What are the main risks of legal tech for lawyers?

Although McKinsey estimates that 23% of legal work can be automated, there are many elements beyond the capabilities of algorithms, at least for now, such as a lawyer meeting with a client and holding a hearing. For this reason, AI should not be considered as an alternative to attorneyship.

On the other hand, by those who need legal support, it can be accepted that artificial intelligence applications are more economical and easily accessible compared to legal assistance provided by a lawyer. However, difficulties in accurately analyzing the intangible and psychological conditions of the conflict by these systems may result in victimization if the act is completely based on these systems. For this reason, it should not be forgotten that AI systems should be considered as a tool that accelerates business processes in attorneys. At least for now.

How do the Turkish lawyers use legal tech?

In Turkey, the applications such as Law (Office) Automation Systems, Legislation Mobile Applications, Legal Forum, UYAP, On-call Lawyer App, e-Collection are available. Large-scale law firms are more inclined to use legal tech, and some even provide AI training for their colleagues. However, it is not possible to say that the use of this technology is so common in medium and small-scale law firms. Still most lawyers are far from using technology and it is a fact that must be admitted, of course, this has started to change via young lawyer colleagues.

What is algorithmic justice? What should we understand with the term?

I mentioned the example of COMPAS above. Today, it has become possible to benefit from similar applications, namely algorithms that make judgments based on some data regarding an event and the perpetrator of this event. In this way, it is claimed that it will be possible to design algorithmic decision makers had higher success.Two aspects need to be evaluated here: the algorithms judge instead of the judge, and the algorithms make fair decisions.

How did COMPAS reach this decision? By using data such as the perpetrator’s age, gender, education level, family, environment, past criminal record. However, research has shown that the system has the bias that blacks are more prone to recidivism than whites.

The fairness of algorithms and the computability of intangible justice with concrete data have been discussed for a long time. When algorithms act on the basis that similar events are resolved in the same way, they may not always achieve fair results. On the other hand, a sense of justice that judges decide based on legal logic and conscience is currently lacking in algorithms. Considering the psychological elements of the judgment, being familiar with the judicial system is quite risky in terms of algorithms.